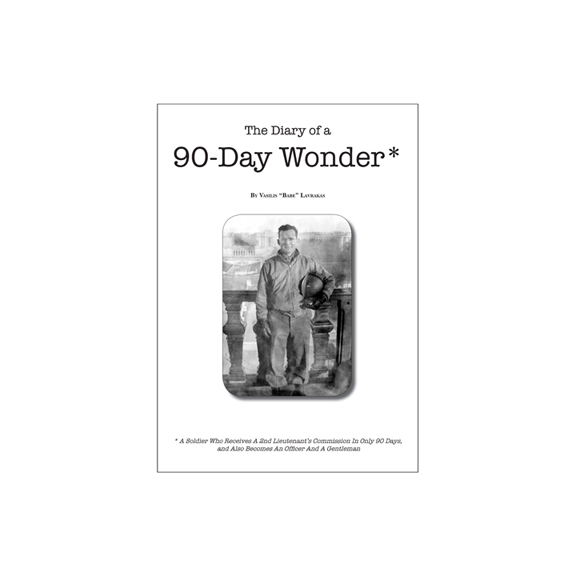 Unabridged from his original wartime diary, Vasilis "Babe" Lavrakas recounts his time in the Second World War, from boot camp, to the shores of Normandy, to his time in London recovering from war injuries. A 25-year-old when he enlisted, his maturity and thoughtfulness are expressed in his excellent descriptions of the people, places and events he experienced during WWII. Lavrakas was a replacement officer with an anti-aircraft battalion that saw action as they moved through France and into Germany. His "million-dollar wound" from a land mine ended his European Campaign action, but his recovery in London and posting as a letter censor kept him in the Army until V-Day.

Lavrakas realized before enlisting that "if I did not enlist now, for the rest of my life I would be haunted by the thought that I had not done “the right thing”, and that I would miss out on what would be the great adventure of my generation. I was soon to find out that war is no adventure, but a dirty, dirty endeavor and one which must be fought and won as quickly as possible."
Add to Cart